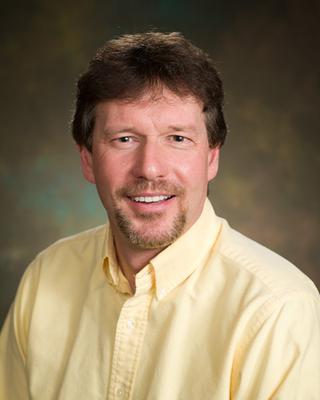 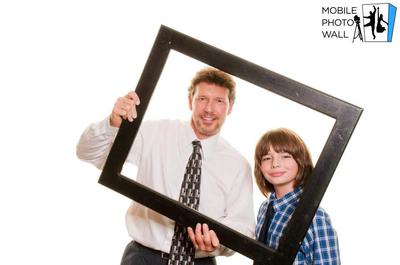 Bryan with his Son, Jackson 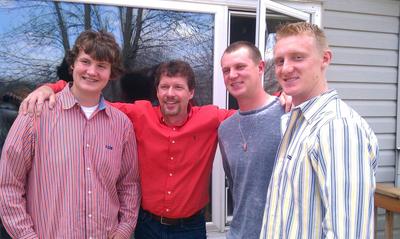 Bryan with his 3 Nephews; all sons of his Sister, Dawn 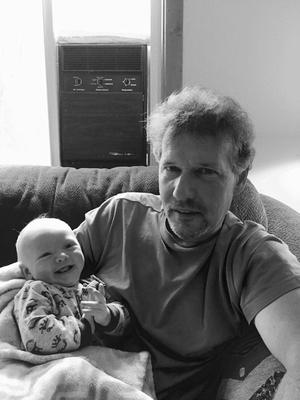 Bryan with his Grand Nephew

I am sending in a Prayer Request for my Cousin, Bryan James Rammer. Bryan is 54 years old and has Multiple Myeloma; he has had it for a few years now.

At first Bryan has had some radiation therapy and chemotherapy. Then, later, to hopefully bring the numbers down, from September 8th to 11th, 2015, Bryan had an Autologous Stem Cell Transplant. The results from that were not quite as good as expected. After they harvested the amount of stem-cells they wanted, and before they injected the stem-cells back in, they gave Bryan a massive dose of chemo to wipe out all of the multiple myeloma, and which also wipes out the immune system. The effects of that high-dose chemo generally are not felt until a few days after the high-dose chemo, but for about the next 7 days after that, Bryan went through constant nausea, appetite loss, sickness to his stomach, diarrhea, fatigue and just generally feeling completely lousy. So, it kind of seemingly felt somewhat not worth it considering that it did not bring the multiple myeloma numbers down to what they expected them to be.

Since then, Bryan has been on Maintenance doses of chemotherapy that more or less targets the multiple myeloma cells. Throughout all this, Bryan has had myeloma outbreaks once in awhile with a tumor appearing here or there, but no serious onslaught like what has happened to him recently.

Somewhere in August or September, Bryan mentioned to me that he got a tumor on his jaw bone, and I indicated to him that it should eventually heal up like the other sporadic outbreaks that he has had. I was not aware of Bryan having to quit his job on October 31st until 2 days before this last Thanksgiving when I had talked to him over the phone. At that time, I caught him when he was traveling (being given a ride by his family members) back to Minnesota (where his siblings live) from Madison Wisconsin where he was seen by doctors there. Along with him telling me about his having to quit his job, he said he got myeloma tumors on his pelvis and that he can hardly take 3 steps and then he has to stop. Bryan said he has sores in his mouth (obviously from him getting irradiation to his jaw area to kill the tumor there). Because of this, I had somewhat of a hard time understanding him. He said it hurt him to talk due to the sores in his mouth so I tried to keep the conversation short.

On December 2nd, I called his sister, Theresa, in Minnesota to ask how he is doing, and she related to me that it is not so good. She said that on Thanksgiving, Bryan, while not thinking, bit down on a Tums tablet and broke his jaw. She said that he as of now is in the hospital in Wausau Wisconsin (instead of being in the Madison one due to the one in Wausau having the resources to handle this as well, and Bryan's residence is in the smaller city of Merrill which is about 17 miles from Wausau).

Theresa also related to me that Bryan is now receiving the old type chemo therapy which does NOT more or less target the multiple myeloma but basically destroys both good and bad cells (obviously because the newer targeted type chemo treatments are not effectively working anymore). It would be great to also pray (as I also do) for protection of Bryan's healthy cells from the toxic chemo while letting the chemo only destroy the myeloma cells.

Theresa had also said that their sister, Dawn, and Dawn's husband, Scott, has been visiting Bryan, and that Scott had told Theresa that the way Bryan looked like right before the tumor nodule on his jaw started prominently showing while still working at his job compared to a month later in how he looks now as he sits in the hospital, is a world of difference. Bryan had told Dawn and Scott that it would be good if he could get just 2 more years to live. Thereafter, Scott had related to Theresa that Bryan would be lucky to get 2 more months to live, let alone 2 years. From what Theresa related, I guess that Bryan, along with the jaw tumor, a couple more tumors developed on his head.

Prior to all this, and before I knew how bad it was and before I found out that Bryan had quit his job, on November 2nd I had texted Bryan, and gave him a synopsis on, a novel new therapy that reprograms T-Cells to target and go after multiple myeloma, and that I'd email him the information when I get to a computer with Internet. I finally emailed him the information on November 14th.

Here is a recently found headline and web-link for the Daily Mail web-page about the therapy:

And here is recently found headline and web-link for the CBS News web-page:

And here are the web-links that I emailed Bryan:

However, in my last conversation with Bryan 2 days before Thanksgiving, he had also said that he could have got into a CAR-T therapy study, but one has to be healthy - that is, the multiple myeloma numbers down much further than they are now. I wish I would have found the CAR-T therapy information sooner. In talking to Theresa on December 2nd, I mentioned this and what angered me, and what I related to Theresa, is asking why Bryan's oncologist never mentioned this CAR-T therapy approach or any studies on it ...especially being that it was discovered and used 5 years ago on Emily Whitehead ...according to the article here:

So now, a healthy-looking Bryan just a month or so ago cannot get into the study because doctors let time go by to let his health deteriorate!

Anyway, in closing, Bryan is one of the nicest guys you could ever meet. Here is an earlier photo of Bryan with his son, Jackson, on his facebook page:

...and here is his FaceBook photos page where you can see other various photos of him:

Bryan wants to live, and he has so many reasons to live ...especially for his teenage son, Jackson. He is a Physician's Assistant, of all things, and he is in the middle of building a house, of which he has put off for a couple of times now because of the cancer.

Everyone that knows Bryan, loves him. From knowing Bryan my entire life, I don't think he has a mean bone in his body. Bryan's not only my cousin, he's my friend. I've been praying for him throughout the day, every day.

And I pray, and it is my wish, that the prayers of many, along with the prayers from those of us who know him, will let God's loving and healing energy finally rid Bryan of the scourge that he is menaced with.

Thank You for whatever you can do.

With Sincerity and Love to All,
Douglas Blahnik.